Posted on November 24, 2016 by The Untranslated 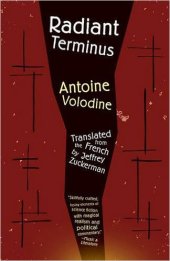 Antoine Volodine’s radioactive phantasmagoria, in which futuristic communism is intertwined with the magic of East Slavic oral traditions, is forthcoming from Open Letter Books in Jeffrey Zuckerman’s translation. You might remember that I mentioned this novel among the most notable releases of the Rentrée Literaire in 2014. Voilà, in a few months you will have the opportunity to decide for yourselves if there are any limits to the wild imagination of this particular heteronym of the French author, who also writes under the names of Elli Kronauer, Lutz Bassmann, and Manuela Draeger. If you’d like to get some idea about the person behind all these noms de plume, I recommend reading the interview he gave to The Paris Review in 2015 .

In the distant future, the city of Orbise, the last stronghold of communism in Siberia, falls into the hands of the invading hordes. The scale of the catastrophe is comparable to the capture of Constantinople by the Ottoman Turks. This is the final downfall of the Second Soviet Union. Two men and a woman fleeing the destroyed city venture into the vast expanse of the bleak and unwelcoming steppe, collecting lethal rays emitted by the ruined nuclear plants that used to provide collective farms with electricity. They are looking for a safe haven that would accept and take care of the proletarian fugitives like themselves. Perhaps kolkhoz Radiant Terminus is just the place?

The truly radiant heart of the kolkhoz is a huge warehouse built around a two-kilometer deep hole created by the sinking reactor in the wake of the melt-down of the farm’s nuclear station. Since that time, this luminous well has been serving as an omnivorous dumping shaft, swallowing with equal appetite radioactive debris and the hapless individuals who have fallen into disgrace with the local authorities. The chief of the kolkhoz is known simply as Solovyei. His name (the Russian for “nightingale”) is an obvious reference  to Solovei the Brigand, the notorious villain of Russian bylinas. The anarchistically-minded leader of this forgotten commune is impervious to radiation, possesses shamanistic abilities of entering other people’s dreams and expresses his creativity by composing hallucinatory texts which are as far from the dogmas of socialist realism as it gets. Equally immune to the deathly particles is his first wife Mémé Oudgoul, who is in the habit of talking to the sunken reactor when she is not busy feeding it. 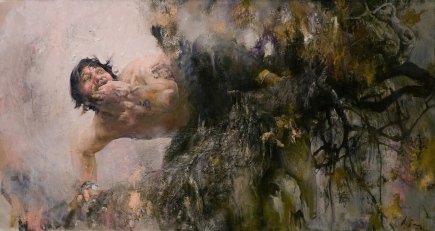 Well, that’s what I call a promising start. If you fancy lingering a bit longer in the grotesque world sketched above as well as learning scores of names of different herbs encountered in the taiga region, you’re welcome to pay a visit to Radiant Terminus this February.